Before, I used to “kill” my enemies in my dreams and thoughts.

As if it’ll make any difference, I did it every single day until the anger faded. After all, since no one gets jailed doing this, why not sleep and repeat?

I know what you’re thinking.

I don’t have a criminal mind either.

When I say kill, I’d think and wish for harm to go my enemies’ ways. Sometimes I’ll imagine them being hit by a 10-wheeler truck. If I’m feeling a little silly, I’d wish that to happen the exact moment I thought of it.

Eventually, I realized it really was a bad idea.

For one, that’s not going to happen. They are all alive and happy (I suppose) until now. They are still preying on and hurting people both by their deliberate acts and folly.

Also, God abhors such kind of thoughts. When I became a renewed daughter of the Lord, I realized that wishing my enemies’ death and downfall is against His rule.

Ultimately, resentment hurt me as well. It’s a double-edged sword. I was late in realizing that I hit myself too in the process.

That’s when I learned to forgive and pray for them.

Yes, PRAY for them.

Pray for their good.

Thank your enemies for bringing out the champion in you

Before, wishing my enemies God’s grace would have been plain hypocrisy.

Now, through the Holy Scriptures, it all made sense.

During those times when I was focused solely on wishing these people for ill fate or their downfall, I was too clouded to see the beauty behind their spiteful acts against me.

Because I was too busy resenting my enemies, I failed to see how I emerged as victor despite everything I’ve been through in their hands.

I forgot that I became stronger because of them.

If it wasn’t for them, I wouldn’t become the Tina that people around her loved even more.

She would not have become the Tina that served God with all her heart and might.

God gives justice when it’s due. He fights for us in all battles.

God was always with me during those challenging times. Sadly, I was too angry to see that.

I was mistaken when I thought the bad guys always get away. This will never happen because the Lord made a promise that it won’t:

I learned that I just had to trust the Lord.

He will fight my battles for me.

The Lord will protect me from these enemies who themselves need His saving.

It’s difficult to forgive my enemies. I am just human. I am not perfect. I am not always forbearing. I could also falter or slip away.

But with God on the works, nothing is impossible.

The Lord decrees for each of us to love and forgive each other the way He forgave us.

Honestly, this is hard.

How can I forgive someone who had done me nothing but wrong?

But since God meant more than anything else for me, more than my pride that hinders me from doing this, I eventually did.

And if you love God, you will follow His ways. It takes time and a ton of effort, but you will persist on doing it anyway.

Today, as I ask for God’s guidance and justice, I likewise pray that all of you, who are having a hard time forgiving and letting go, will experience the peace and contentment I am feeling right now.

I pray for your resolute as this is a challenge to hurdle.

Like me, may you also become more patient and loving throughout this process.

8 thoughts on “Love Your Enemies, Stop Wishing Them Dead” 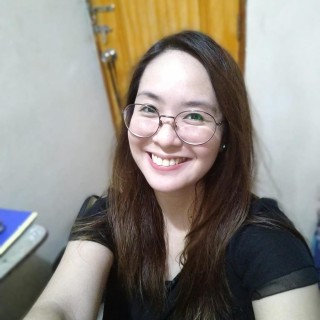